Skip to content
Members: Take 5 minutes to give us feedback and you could win!

The Northeast Region covers the following states and provinces:

The Northeast Regional Volunteers Seek To:

Roles and participation in the council rotate to support allow for the capacity and perspectives needed to responsibly serve AEE in this way.

Not seeing an upcoming regional conference for your region? All regional events and conferences are entirely volunteer run. Each year, conference and event offerings depend on the capacity of volunteer teams, so events vary year-to-year! Regional teams are always seeking more volunteers!

In 2001, the Northeast Regional Conference hosted Josh Miner as one of the keynote speakers.

As a founding trustee of Outward Bound, Josh was instrumental in bringing the experiential philosophy of Kurt Hahn to the United States. Conference attendees were fortunate to hear Josh's vision and passion firsthand, as he shared stories, metaphors, and lessons of children, curiosity, and character. Josh passed away nine months later.

In an effort to capture the essence of the wisdom he shared, in 2003 the Northeast Region Advisory Council established the Josh Miner dialogue series. The series consists of a public undefined dialogue or conversation between the years' honoree and another professional in the field. The "interview" traditionally takes place during the Northeast Regional Conference. This format gives conference attendees a chance to get to know the honoree in an informal setting that often reveals best practice advice and nuggets of wisdom, as well as personal stories and mistakes to avoid.

Serving as Joseph Pfeifer Kiwanis Camp's Executive Director for over 45 years, Sanford Tollette has transformed a Camp reserved primarily for underprivileged white boys to a Camp open and dedicated to helping troubled youth of all races and genders. In 1988, E.D. Tollette expanded from summer adventure programming to year round programming with the addition of the academic Alternative Classroom Experience (ACE). ACE helps 150 at-risk children each year turn their lives around through an intensive residential educational program.

Person In Charge Of Unlocking Potential

Michael Gessford will be remembered for his playful spirit, his dedication to the field of experiential education and his kindness and generosity. Mike possessed a unique way of empowering others to achieve their best. In a world of people so quick to offer answers; Mike asked questions. His confidence in others abilities and his endless pursuit of knowledge urged those around him to dig deeper within themselves. Mike was a perceptive educator who gave the world his all and asked for nothing in return. PICOUP is a phrase Mike himself came up with to describe his "job title": Person In Charge Of Unlocking Potential. 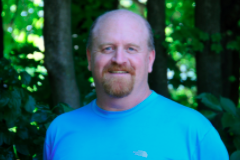 This award is dedicated to the memory of Mike Gessford (1962-2011), the original PICOUP. Mike would have liked to remind everyone, "follow your bliss."

The PICOUP Award will be given each year to someone in the Northeast AEE community who selflessly gives of themselves for the betterment of others. This award is to honor an individual who has the ability to empower others to achieve their best regardless of personal gain.

Join over 1,900 Members who believe in the power of experiential education!

Network with educators in your area at Upcoming Regional Conferences & Events