A speech given by an exceptional experiential educator

The Ewald and Hahn Address is presented annually at the AEE International Conference by a person designated by the Board of Directors who has contributed to the development and advancement of experiential education with the tenacity and conviction exemplified by Marina Ewald and Kurt Hahn. 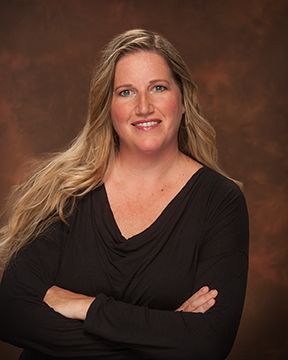 This year, we're excited to honor D. Maurie Lung, PhD, LMHC, LMFT for her contributions to the advancement of Experiential Education. Maurie is the Director of Adventure-based and Nature-based Counseling at Prescott College and the CEO of Life Adventures Counseling & Consulting.

D. Maurie Lung, PhD., LMHC, LMFT, integrates 30 years of experience in recreation, education, psychology, and evaluation. Even her second-grade diary contained predictions about her future with entries of “when I grow up, I want to help people in the out-of-doors” and “when I grow up, I want to have 13 children.” To that end, she has a BS in Park and Recreation Administration, focusing on outdoor recreation and environmental education, an MA in Counseling, focusing on experiential therapy, and a PhD in Clinical Psychology, focusing on the cultural relevance of the use of nature and adventure for positive life skill acquisition. As her dad said, “That’s a lot of education to climb a tree!” And, after a very long road, there aren't 13 children, but she is mama to an amazing 9- year-old and fantastic triplet 7-year-olds.

Maurie has been involved with AEE since 1993 serving in a variety of volunteer roles, including Regional Chair, Regional Conference Convener, TAPG Chair, Board of Directors, Accreditation Council member and reviewer, and Certified Clinical Adventure Therapist council member. She has co-authored three books about adventure therapy and has presented both nationally and internationally. Currently, she is the CEO of Life Adventures Counseling in Seminole, FL as well as the Director of Prescott College’s Adventure-based/Nature-based Counseling. The growth and change she witnesses for youth, families, and adults through the process of connecting with nature and engaging in adventure continues to amaze her, and truly embraces the power of playful experience. 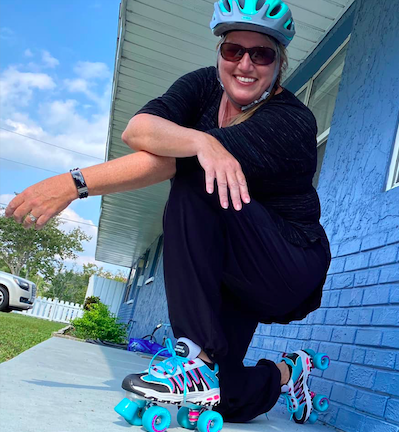 "I am so very honored to be invited to deliver the Marina Ewald and Kurt Hahn Address at the AEE conference this year. AEE has been such a formative community for me, both personally and professionally. I absolutely believe that we are all part of one of the most amazing groups of people who have dedicated their lives to creating a more compassionate and just world. That said, when I look around at the folks in AEE, and as I gather the stories of so many of them in my recent endeavors of the AEE history project, Isaac Newton's declaration could not ring more true, “If I have seen further, it is by standing on the shoulders of Giants.” I am indebted to the plethora of AEE giants who have supported my work in a field where we all truly hold the hope for the very chaotic world that we live in right now. I am looking forward to being in community again, after such a long time, to honor the legacy of Marina Ewald and Kurth Hahn that is found in every single one of the amazing humans that we are so lucky to be with in AEE."

Do you know an exceptional experiential educator?

Nominations for The 2022 Marina Ewald & Kurt Hahn Address have closed

The Board of Directors, rather than the conference Host Committee or the Awards Committee, reviews the list of possible candidates, including each candidate's brief biography. In selecting the recipient for the Ewald and Hahn Address, the Board of Directors review takes into consideration the annual theme that has been selected for the topic of the address. An AEE member can suggest a person to be added to the list of potential candidates by filling out the nomination form. Learn more about the Purpose, Process and Criteria for selection here.

The below is from Denise Mitten, 2011 Ewald & Hahn Presenter

Kurt Hahn is the much celebrated and revered founder of the Outward Bound movement. In 1904, at the age of 18, Hahn suffered from sunstroke that left him with a recurring disability for the remainder of his life. When he was a boy, he had walked in the Dolomites and saw value in students spending time outdoors. However, Hahn never completed a major expedition before or after his sunstroke and had to carefully regulate for the remainder of his life, how much time he spent outside, and under what conditions.

Marina Ewald was virtually unknown to the outside world until Veevers and Allison (2011) went to Salem School and found, through reading Hahn’s personal papers that Ewald was Hahn's partner in planning and the co-director at Salem School. When Hahn fled to the UK during the Nazi regime she remained as director (totaling 50 years). In 2016 if someone searched for Kurt Hahn on the Internet, they’d find a number of schools that he founded, including the Salam School in 1920. In no earlier record was a co-founder named for Salam, except Prince Max von Baden as Hahn’s benefactor. In the past few years more has popped up on the internet about Marina Ewald.

Ewald encouraged sailing for girls and boys while Hahn, according to accounts. did not seem interested in sailing. In 1925 Ewald, a geographer initiated the school's first sailing expedition to Finland and Iceland. After this, she was an advocate for the usefulness of expeditions as an outdoor learning model and incorporated expeditions into the curriculum. As a result, Hahn embedded expeditions into his future endeavors, too, and today we thank him for his vision and inspiration. Notably, Ewald was a key player and instrumental to the inception of the Outward Bound expeditionary model. Ironically, this piece of history has been completely subjugated for almost 100 years, and we had a “gender washed” asymmetrical (his)story.

The Below is Quoted from Outward Bound California

Marina Ewald was a childhood friend of Kurt Hahn, the man who is credited with the creation of Outward Bound, as well as a few other educational programs including the Salem School and Gordunstoun. Many of the core values of Outward Bound derive from an expedition to Finland that Marina led, in the summer of 1925. Not only did Marina Ewald lead the grueling and difficult trip, she was the only woman.

Marina went on to become the director of Spetzgart (an expansion of the Salem School), but as time went on and the political climate became more turbulent, Kurt Hahn (who was Jewish), was exiled from Germany in 1933. The Salem School he had established was shut down by Nazi's, after an unsuccessful attempt to keep the program independent from German government.

In November 1945, while Hahn was taking refuge in England, and developing another education program there, Marina Ewald successfully reopened the Salem school, free from Nazi influence.

Marina stayed with the school for many years, and received the French Award ’Ordre des Palmes Académiques (Order of Academic Palms) for her educational achievements. She made vital contributions to the structure of Outward Bound, and inspired students from all over the country and world!

A memorial for Marina Ewald now hangs in the Outward Bound California, Bay Area Program office, to remind all who enter that there are stories which must not go untold, there are women who have contributed and still continue to the success of Outward Bound, and we would not be where we are today without them.

Kurt Hahn was also a key figure in the development of experiential education. Hahn's personal experiences led him to make helping young people develop into healthy, happy, ethical and compassionate adults his life's calling. To that end, Hahn founded numerous colleges and programs dedicated to educating the whole person.

The Purpose, Process and Criteria

POLICY TITLE: SPECIAL ADDRESSES AND AWARDS BY THE BOARD

"The Marina Ewald & Kurt Hahn address is a wonderful opportunity for the recipient of this honor to offer provocative, prompting, and perhaps potential words of wisdom to the larger body of the Association. In my experience, it’s been a time when some people making this address have helped shape members' understandings of the soul of experiential education."    -Denise Mitten, 2011 Ewald & Hahn Presenter

The Marina Ewald & Kurt Hahn Address is a formal presentation to the membership of AEE during the annual conference. The purpose for this address is imbedded in the desire of the Board of Directors for members of AEE to hear a tenured participant in the experiential education community. This opportunity is bestowed upon a person that the Board deems reflective of the current vision of the organization and the historical characteristics of Marina Ewald & Kurt Hahn. The recipient is also an individual who has contributed to the development and advancement of experiential education over a significant length of time, has demonstrated the tenacity and conviction that was exemplified by Ewald & Hahn, and is, most often, a leader in experiential education who has demonstrated both individual and global accomplishments that reflect upon the successes of the field and AEE.

The Board of Directors, rather than the conference Host Committee or the Awards Committee, reviews the list of possible candidates, including each candidate's brief biography. In selecting the recipient for the Ewald and Hahn Address, the Board of Directors review takes into consideration the annual theme that has been selected for the topic of the address. An AEE member can suggest a person to be added to the list of potential candidates by filling out the nomination form.

1. Any four board members can add a person to the list of possible candidates with submission of biographical data.

2. An AEE member can suggest a person to be added to the list of potential candidates by completing submission form.

3. The selection process is documented in the AEE Policy Register (GP 12).

4. Once the selection process has been completed, a member of the Board of Directors will be delegated to invite the speaker. After the invitation has been accepted, further arrangements will be handled by AEE staff.

● 15 years or more of service in experiential education.

● Contribution of service to specific groups, and through these contributions, demonstration of compassion and spiritual integrity.

● Highly regarded, reputable thinker and worker in some form of experiential education. Or have a message which is highly relevant to the field at the time of the address.

● Entertaining and inspiring speaker. Ability to draw people to the address and convey a message reflective of organizational needs.

● Willingness and availability to partner with AEE in furthering the AEE service mission.

● Contribution to diversity in the list of address designees.

Join over 1,900 Members who believe in the power of experiential education!